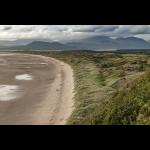 On this day in 1982 a Welsh legend was born, and 23 years later, with one of the greatest kicks in the history of Welsh sport ... Show more

Media Wales
C+
20h
Beyoncé announces huge Cardiff gig as part of Renaissance tour : The superstar is back at the Principality Stadium in Cardiff where she last performed in 2018
walesonline.co.uk/whats-on/music-nightlife-news/beyonce-announces-huge-cardiff-gig-26086121

ITV Hub
B+
2h
Tom Jones' Delilah banned from Principality Stadium by Welsh Rugby Union: The 1968 song which is about a jealous lover stabbing his unfaithful partner ...
itv.com/news/wales/2023-02-01/wru-bans-delilah-song-from-principality-stadium

Media Wales
C+
21h
Delilah is banned from Principality Stadium: The Sir Tom Jones hit will not feature on the playlist for choirs for rugby internationals in Cardiff
walesonline.co.uk/sport/rugby/rugby-news/wru-bans-delilah-song-principality-26129985

This is Jack Desambrois - he's an English teacher who has gone on strike today. He loves teaching but feels that if we continue to devalue teachers ... Show more

Media Wales
C+
13h
Delilah lyrics, why it's so controversial and what Tom Jones has said: The Welsh rugby anthem will not be performed or sung by choirs at Wales rugby ...
walesonline.co.uk/sport/rugby/rugby-news/delilah-song-lyrics-its-controversial-26130763

Radio New Zealand
C-
7h
The slip on State Highway 25A in the Coromandel is continuing to deteriorate and more road is being lost. Footage taken by Waka Kotahi ... Zealand/posts/pfbid02LgtGA8KFhyTv1hBzF4TZpwfzaF63DFLTj7QbGmTaf6Vvv9FkyrkePLQEjTHHZgzQl" data-open-external="1" data-translated="0">Show more

Media Wales
C+
Feb 01
Boy, 12, fears for his life after being beaten by two men and two boys: Alfie spent six hours in hospital and still needs to see an eye specialist and a ...
walesonline.co.uk/news/wales-news/12-year-old-boy-brutally-26123700

northwales 16h
Second home hotspots like Abersoch see rise in Welsh speakers: Places like Llanbedrog and Llanbedr in Gwynedd have seen an increase in the number of people ...
dailypost.co.uk/news/north-wales-news/communities-popular-second-home-owners-26130138

Not something you see every day on the road! Two retired Red Arrow jets were being transported to an auction house where they will be sold to the highest ... Show more

South Wales Argus
D+
15h
£86m investment has been announced to improve cancer services in Wales: A NEW radiotherapy centre in Abergavenny will benefit from brand new state of the art ...
southwalesargus.co.uk/news/23291485.86m-investment-announced-improve-cancer-services-wales/

Media Wales
C+
15h
Lewis Capaldi gets adorable visit from Welsh rescue dogs before big Cardiff show: The Scottish hitmaker had the visit ahead of his Welsh show
walesonline.co.uk/whats-on/music-nightlife-news/lewis-capaldi-rescue-dogs-cardiff-26134436

northwales Feb 01
How Porthdinllaen almost became UK's main port to Ireland: The Llŷn Peninsula tourist hotspot has a history dating back to the Iron Age and was once a hub for ...
dailypost.co.uk/whats-on/trips-breaks/tiny-fishing-village-world-rated-26116365

northwales 18h
5 bedroom Anglesey home with post office and village shop up for sale: The owners, who are looking to retire after running the shop for 35 years ...
dailypost.co.uk/news/property/gallery/5-bedroom-anglesey-home-post-26115453

At just five years old, this man went into social care. He would be moved around 13 different foster homes. At 12 years old ... Show more

A phone belonging to missing Nicola Bulley who vanished while walking her dog has been found by police.
Her partner said: "It is just perpetual hell ... Show more

This is Shirley Patrick. The 83-year-old "matriarch" was mauled to death by a dog - just a few streets away from where 10-year-old Jack Lis was killed in ... Show more

This is the UK's biggest day of industrial action in over a decade. Transport for Wales are understood not to be striking ... Show more

A few weeks ago, Gareth Bale announced his retirement from football. Now, he has posted an adorable video of himself still playing the sport - but in the ... Show more

Media Wales
C+
16h
How Welsh teachers' pay and hours compare with other nations: Thousands of teachers in Wales walked out on Wednesday in the first of a planned series of strikes
walesonline.co.uk/news/education/how-welsh-teachers-pay-hours-26127196

Seven years ago everywhere in Wales except Cardiff, Vale of Glamorgan, Monmouthshire, Ceredigion and Gwynedd voted for Brexit and three years ago to the day ... Show more

northwales Jan 31
Historic village pub reopens with a brand-new look: The Drovers Arms in Rhewl closed for refurbishment at the start of the year
dailypost.co.uk/news/north-wales-news/historic-village-pub-reopens-brand-26109965

Media Wales
C+
Jan 31
Wales' highest restaurant closes suddenly: It has been a fixture of the city's culinary scene for the last 13 years
walesonline.co.uk/whats-on/food-drink-news/swansea-grape-olive-restaurant-closed-26117122

northwales 22h
Dad who earns £30k asks Martin Lewis if he'd be better off on benefits: The dad said he pays a staggering £3,000 per month in childcare costs
dailypost.co.uk/news/cost-of-living/dad-who-earns-30k-asks-26126268

northwales Jan 29
16 images of a ruined medieval castle hidden away in a North Wales woodland: Ewloe Castle was abandoned over 700 years ago
dailypost.co.uk/news/north-wales-news/gallery/16-images-ruined-medieval-castle-26071964

This is the Fach reservoir, now lying unused and largely forgotten beneath a former putting green in Happy Valley on the Great Orme ... Show more

Media Wales
C+
13h
'I was drinking three bottles of wine a day and every day felt like a hangover': Anna Roberts has spoken openly about her problems with alcohol in the hope other ...
walesonline.co.uk/news/wales-news/i-drinking-three-bottles-wine-26126643

There has been a good turnout for this afternoon's Right to Strike rally in Cardiff. Hundreds of people have turned out in Cardiff and Swansea in ... Show more

Media Wales
C+
Jan 30
Lonely Planet names small Welsh island as most romantic place in whole of the UK: It's described as a 'secluded and romantic' getaway
walesonline.co.uk/whats-on/whats-on-news/lonely-planet-names-small-welsh-26109681

Media Wales
C+
21h
Inside the new Temple Bar opening in Cardiff city centre : The bar, inspired by the iconic Temple Bar in Dublin, opens in the city centre this week
walesonline.co.uk/whats-on/whats-on-news/gallery/first-look-new-temple-bar-26120603

Mark and Clare Drakeford were married for 46 years. Today, we learned that she had died suddenly. The loss of a partner after such an extraordinary length ... Show more

Media Wales
C+
Jan 30
I've been saving money since my paper round and now I own a £139,000 home at 24: Sarah Yates bought the home on her own and has since transformed it
manchestereveningnews.co.uk/news/property/ive-been-avid-saver-ever-26085540

This is such a brilliant idea - helping people and cutting down on waste at the same time. A church in Wales collects food from supermarkets that's ... Show more

Media Wales
C+
1h
Parents' 'world stopped' when BMW driver killed their son, 10, and friend, 11: Jack Hart was doing 57mph in a 30 zone when he ploughed into Stephen Duffield and ...
walesonline.co.uk/news/uk-news/devastated-parents-say-world-stopped-26134310

This is getting out of hand: https://bit.ly/3kTFBzO

northwales Jan 29
Rhyl's newest takeaway offers a unique range of cuisines under one roof: Its award-winning sister store has been operating in Denbigh for more than a decade
dailypost.co.uk/whats-on/rhyls-newest-takeaway-offers-unique-26096510

According to experts, you only need to wash your pyjamas every 3-4 wears, or every 5-7 wears if you have a shower or bath in the evenings. 🤔

The Guardian
C+
Jan 31
‘Darling of my heart’: the irresistible love story of the Ladies of Llangollen: For 50 years, Sarah Ponsonby and Eleanor Butler shared a home – and a bed – in ...
theguardian.com/world/2023/jan/31/sarah-ponsonby-eleanor-butler-love-story-ladies-of-llangollen-wales

northwales Jan 31
North Wales pub named as the country's best after being saved from the brink: Y Madryn on Pen Llŷn has been an important part of the village's history for ...
dailypost.co.uk/news/north-wales-news/historic-north-wales-pub-named-26118860

The majority of young adults say they have no religion, and the proportion of those aged 21 to 25 identifying as Christian has fallen from 5.1% to 3 ... Show more

Experts say that allowing parents to bypass traffic using bus lanes would speed up commute times and reduce congestion for everyone. 🤔 https://bit.ly/3DNAaJx

South Wales Argus
D+
19h
Call for it to be made easier to report 'sleazy' taxi drivers: REPORTING “sleazy” taxi drivers should be made easier according to a councillor who says she feels ...
southwalesargus.co.uk/news/23290053.call-made-easier-report-sleazy-taxi-drivers/

Who's got a theory for the Happy Valley ending then? Here's one:
1. Ryan stupidly tries to "save" Tommy so tells him where he is
2 ... Show more

Dame Esther Rantzen, the broadcaster, long-time activist and founder of charities Childline and The Silver Line, has announced that she has been diagnosed ... Show more

northwales Jan 29
The 'haunted' Anglesey prison where ghosts are said to wander the halls: You can now go ghost hunting at Beaumaris Gaol for yourself - if you dare
dailypost.co.uk/news/north-wales-news/haunted-anglesey-prison-ghosts-said-26062955

South Wales Argus
D+
Jan 30
Girl, 2, dies of "sudden death" in tragedy in Monmouthshire: A COMMUNITY has been rocked by tragedy after a girl, aged two, died suddenly in the ...
southwalesargus.co.uk/news/23285066.girl-2-dies-sudden-death-tragedy-monmouthshire/

Media Wales
C+
19h
Schoolboy goes missing prompting police appeal: The 12-year-old boy, named only as Alfie, has been reported as missing from his home in Llanelli prompting a ...
walesonline.co.uk/news/wales-news/schoolboy-goes-missing-prompting-police-26131441

This is a spectacular shot of a green comet streaking across the skies above the northern hemisphere at the moment. Comet C/2022 E3 (ZTF) won't be ... Show more

Media Wales
C+
Jan 30
A family can stay at a Premier Inn hotel for just £8.75: Premier Inn has a sale on currently and there are bargains to be had
walesonline.co.uk/whats-on/travel/you-your-family-can-stay-26107587

Seven years ago everywhere in North Wales bar Gwynedd voted for Brexit and three years ago to the day, Britain left the EU ... Show more

northwales Jan 30
Pest control called after rat spotted at Anglesey school: The rodent was spotted at Ysgol Uwchradd Bodedern which was closed today to an 'unrelated' ...
dailypost.co.uk/news/north-wales-news/pest-control-called-after-rat-26110874

northwales Jan 31
Everyone on strike in Wales on Wednesday and why they're taking action: Around 70,000 workers will strike in a bid to fight 'insulting' wage increases
dailypost.co.uk/news/north-wales-news/everyone-strike-wales-wednesday-theyre-26115758

This is Joyce Crocker. She's 93 and faces having to move out of a second care home in five months. With her deteriorating health and age ... Show more

Media Wales
C+
23h
Tributes to teen as body found four months after he went missing: His death is being treated as unexplained but is not thought to be suspicious
walesonline.co.uk/news/uk-news/tributes-teen-body-found-four-26127048

This is Kelly, with her daughter Maddison. Kelly passed away just four days after Christmas, having gone to bed at 6pm after being sick all day. At 7pm ... Show more

This is Vernon. After ten years as a stud dog, he has arrived at Many Tears Animal Rescue, waiting for a retirement home where he can finally live an easy ... Show more