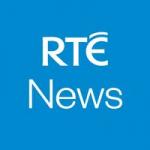 More than 1,400 people have been killed and thousands of others injured after a major earthquake of magnitude 7.8 struck central Turkey and northwest Syria ... Show more

A second major earthquake of magnitude 7.7 has hit southeast Turkey, only hours after an initial 7.8 magnitude quake struck the country, and northwest Syria ... Show more

Footage shows a building collapsing in Malatya, Turkey during rescue efforts after the country was hit by two earthquakes. Over 2 ... Show more

RTE.ie
B+
17h
Breakthrough on trade reported in NI Protocol talks: The EU will accept the principle that GB goods shipped to Northern Ireland and staying there should be ...
rte.ie/news/brexit/2023/0206/1354022-brexit-northern-ireland-protocol/

RTE.ie
B+
14h
Man City accused of breaching financial rules: Manchester City have been referred to an independent commission by the Premier League over alleged breaches of its ...
rte.ie/sport/soccer/2023/0206/1354045-man-city-accused-of-breaching-financial-rules/

RTE.ie
B+
15h
Beyoncé becomes the biggest Grammy winner in history: Beyoncé has become the most decorated Grammy artist of all time, collecting her 32nd trophy at this ...
rte.ie/entertainment/2023/0206/1354013-beyonce-breaks-record-for-most-grammy-wins-of-all-time/

RTE.ie
B+
Feb 05
Moonshot: Irish space businesses reaching for the stars: No longer the stuff of science fiction, Irish businesses are looking to the stars for new opportunities.
rte.ie/news/business/2023/0205/1353800-moonshot-irish-businesses-reaching-for-the-stars/

RTE.ie
B+
Feb 05
'Consensus' with Zelensky over use of weapons from West: German Chancellor Olaf Scholz has said that Ukrainian President Volodymyr Zelensky has agreed ...
rte.ie/news/ukraine/2023/0205/1353865-ukraine-weapons-russia/

RTE.ie
B+
Feb 05
US accused of 'overreacting' on alleged spy balloon: Beijing has blasted the Pentagon's decision to shoot down an alleged Chinese spy balloon ...
rte.ie/news/us/2023/0205/1353884-chinese-balloon/

RTE.ie
B+
Feb 05
Insurance company to amend guidance to customers on NCT: The insurance company 123.ie has said it will amend a statement on its website which suggested it would ...
rte.ie/news/2023/0205/1353887-insurance/

RTE.ie
B+
16h
UNHCR Ireland chief concerned over accommodation issues: The Head of Office with UNHCR Ireland has described the ongoing accommodation shortage for refugees as ...
rte.ie/news/ireland/2023/0206/1354040-ireland-refugees/

There are concerns in Ennis at plans by the HSE to build a 100 bed community nursing home on the grounds of St. Flannan's College ... Show more

RTE.ie
B+
7h
Increase in children awaiting disability assessments: The number of children waiting for more than 12 months for assessment on disabilities has increased by 1 ...
rte.ie/news/ireland/2023/0206/1354095-child-disability-figures-latest/

RTE.ie
B+
8h
Ennis locals divided over nursing home application: There are concerns and division in Ennis, Co Clare at plans by the HSE to build a 100-bed community nursing ...
rte.ie/news/regional/2023/0206/1354092-ennis-st-flannans/

RTE.ie
B+
8h
Nepal aircraft investigation shows 'no thrust motion': An aircraft that crashed in Nepal last month killing 71 people on board, had no thrust motion in ...
rte.ie/news/world/2023/0206/1354089-nepal-aircraft-crash-latest/

RTE.ie
B+
13h
Death toll 'expected to rise' across Turkey and Syria: Rescue operations are under way after southeast Turkey and Syria were hit by two earthquakes in ...
rte.ie/news/2023/0206/1354053-earthquake/

RTE.ie
B+
17h
Coveney to meet with tech bosses in US: Minister for Enterprise, Trade and Employment Simon Coveney has travelled to the US west coast for a series of high-level ...
rte.ie/news/business/2023/0206/1353954-minister-coveney-to-meet-with-tech-bosses-in-the-us/

RTE.ie
B+
17h
New legislation to reduce cost of injury claims: A Government initiative to increase the number of personal injury claims settled through mediation will begin to ...
rte.ie/news/2023/0206/1354010-injury-claims-law-calleary/

RTE.ie
B+
Feb 05
Death toll in Austrian avalanches rises to eight: Avalanches in Austria have left eight people dead in recent days with the avalanche alert level at four on a ...
rte.ie/news/world/2023/0205/1353938-avalanche-deaths-latest-austria/

RTE.ie
B+
Feb 05
Critical role of women in history being marked: The Chester Beatty is using St Brigid's Day to acknowledge the critical role that women have played in Irish ...
rte.ie/news/ireland/2023/0205/1353699-brigids-day-chester-beatty/

RTE.ie
B+
Feb 05
Can the Government live up to its promises on housing?: The Taoiseach Leo Varadkar admits the housing crisis is the biggest challenge facing the Government.
rte.ie/news/analysis-and-comment/2023/0205/1353810-housing-analysis/

RTE.ie
B+
Feb 05
There may be some Stormy days ahead for Donald Trump: In New York City in the US, the District Attorney has convened a Grand Jury to hear a case that the former ...
rte.ie/news/analysis-and-comment/2023/0205/1353801-donald-trump-stormy-daniels-latest/

RTE.ie
B+
Feb 03
Flights diverted after drone sighting at Dublin Airport: A number of flights have been forced to divert to Shannon Airport after a drone was spotted at Dublin ...
rte.ie/news/ireland/2023/0203/1353709-dublin-airport-drone/

RTE.ie
B+
Feb 03
More raw chicken taken off shelves over salmonella risk: The Food Safety Authority has extended its recall of raw chicken products due to the possible presence ...
rte.ie/news/ireland/2023/0203/1353655-chicken-salmonella/

RTE.ie
B+
Feb 03
Call to protect hedgerows amid 'enormous' removal: A group of stakeholders including the Irish Wildlife Trust, the Federation of Irish Beekeepers ...
rte.ie/news/regional/2023/0203/1353624-hedgerows-ireland/

RTE.ie
B+
Feb 03
Mexico's giant solar park aims to tackle carbon woes: The first power from a giant solar energy park in the desert of northern Mexico will enter the ...
rte.ie/news/world/2023/0203/1353530-mexico-solar-park/

RTE.ie
B+
Feb 03
Irish UNIFIL soldier to be discharged from hospital: Trooper Shane Kearney, who was injured following an attack whilst on patrol with UNIFIL in Lebanon last ...
rte.ie/news/2023/0203/1353599-trooper-kearney/

RTE.ie
B+
Feb 02
Australia to remove British monarch from banknotes: Australia will erase the British-based monarch from its banknotes, replacing the late Queen Elizabeth ...
rte.ie/news/2023/0202/1353282-australia-queen-banknotes/

RTE.ie
B+
Feb 03
Who will represent Ireland at Eurovision?: Ireland's bid for glory at Eurovision 2023 will take centre stage tonight in the Late Late Show Eurosong Special ...
rte.ie/entertainment/2023/0201/1353102-who-will-represent-ireland-at-eurovision/

RTE.ie
B+
Feb 02
EU commissioners arrive in Kyiv for historic summit: The European Commission is holding a joint meeting with the Ukrainian government in Kyiv ahead of an ...
rte.ie/news/world/2023/0202/1353295-ukraine-summit/

RTE.ie
B+
Feb 03
Bogota aims for cleaner environment with carless day: Drivers in Bogota left their cars at home on Thursday (2 February), finding alternative means of getting ...
rte.ie/news/newslens/2023/0203/1353572-bogota-environment-carless-day/

MISSING APPEAL: Mohammed Abdikani, 17, is missing from his home in Rathmines, Dublin 6, since the morning of Monday, 30 January ... Show more

RTE.ie
B+
Feb 02
Taylor's next fight in Ireland but not Croker - Hearn: Katie Taylor's promoter has Eddie Hearn effectively ruled out the possibility of a homecoming ...
rte.ie/sport/boxing/2023/0202/1353306-hearn-pours-cold-water-on-taylor-rematch-at-croke-park/

A murmuration of starlings were filmed swirling across the grey skies creating shape-shifting clouds in a mesmerising display.

In New Zealand, Auckland and much of North Island have been hit by record rainfall, causing landslides and road closures ... Show more

RTE.ie
B+
Feb 01
EU denies deal struck with UK on NI Protocol: EU sources have denied a report that the EU and UK have struck a deal on the Northern Ireland Protocol which ...
rte.ie/news/brexit/2023/0201/1353107-ni-protocol/

Events are taking place to mark St Brigid's day. There is renewed interest in Brigid, especially in Kildare and Louth | Read more: https://bit.ly/3XUn4SF

RTE.ie
B+
Feb 02
Irish choir performs virtually at EU cancer event: An Irish choir has performed virtually at an event that announced new initiatives as part of the EU's ...
rte.ie/news/newslens/2023/0202/1353436-irish-choir-performs-eu-cancer-event/