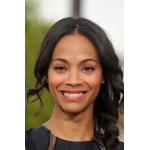 IGN
C-
Jan 24
With Avatar: The Way of Water breaking $2 billion at the worldwide box office, Zoe Saldaña has become the first actor to appear in four movies that have earned ... Show more
4 similar articles
4.3k 178

Screen Rant
C-
Jan 27
Thanks to The Way of Water, Zoe Saldaña has now appeared in four movies that made over $2 billion at the box office. 💲💲💲💲 🤑 She originally hit the milestone ... Show more
0 similar articles
122 10

Screen Rant
C-
Jan 19
Speaking with Empire in light of Guardians of the Galaxy Vol. 3's nearing release, Gunn opened up about the upcoming end of an era for him and the beloved ... Show more
7 similar articles
330 105

instyle.de Jan 24
Office inspiration: with the look of Zoe Saldana we score in every meeting.: Looking for inspiration for a hip office look? Zoe Saldana wore an outfit the other ...
instyle.de/fashion/office-bussiness-look-zoe-saldana

The Star (Malaysia)
D
Jan 26
Zoe Saldana is first actor to star in 4 films that broke US$2bil at box office: 'Avatar: The Way Of Water' has entered the US$2bil-club ...
thestar.com.my/lifestyle/entertainment/2023/01/26/zoe-saldana-is-first-actor-to-star-in-4-films-that-broke-us2bil-at-box-office

We Got This Covered Jan 23
Zoe Saldana Has Made Box Office History Thanks to ‘Avatar: The Way of Water': Multi-billion dollar baby.
wegotthiscovered.com/celebrities/zoe-saldana-has-made-box-office-history-thanks-to-avatar-the-way-of-water/

Vogue (magazine)
C
Jan 16
Nicole Kidman Is Returning to TV to Play a Cutthroat CIA Operative: Here’s everything we know so far about the upcoming drama “Lioness,” created by Taylor ...
vogue.com/article/nicole-kidman-lioness-taylor-sheridan-news

Zoe Saldaña says Sam Worthington talked her “off the ledge many times” during the production of James Cameron’s “Avatar” sequels ... Show more

Marie Claire Jan 16
Zoe Saldana on the power of determination, self-belief and embracing our differences
marieclaire.co.uk/digital-covers/zoe-saldana 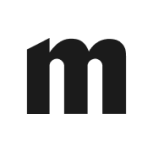 CBR Jan 12
James Cameron Is Sick of Streaming Services: Avatar: The Way of Water director James Cameron is pleased with his film’s theatrical success because he’s sick of ...
cbr.com/james-cameron-sick-streaming-services/

“Inside I was dying, having the worst panic attack ever. But there was another part of me that said, ‘Why not? I’m curious ... Show more

Entertainment Weekly
B-
Dec 19 22
Who's who in 'Avatar: The Way of Water': A guide to the 'Avatar' sequel's new and returning characters, what they look like ...
ew.com/movies/whos-who-avatar-the-way-of-water/

Screen Rant
C-
Dec 19 22
What Avatar 2's Na'vi Actors Look Like In Real Life: Avatar: The Way of Water brings back original characters and introduces new ones to Pandora ...
screenrant.com/avatar-way-water-navi-actors-real-life/

Variety (magazine)
B
Dec 13 22
Zoe Saldaña, Producers Tease 'Avatar' Future on 'Way of Water' Carpet: It was a Pandora family reunion at the Los Angeles premiere of “Avatar: The Way of Water” ...
variety.com/2022/film/news/avatar-way-of-water-premiere-los-angeles-zoe-saldana-sam-worthington-1235458876/

“I would get feedback that they’d decided to go ‘traditional’ with the casting. I’m pretty sure the internal conversations were that they didn’t want to go ... Show more

Cinemablend Dec 24 22
Guardians Of The Galaxy’s Zoe Saldaña Jokes That Marvel Security Is A ‘Cult’ : Marvel is really serious about keeping those secrets, and Zoe Saldaña knows it.
cinemablend.com/superheroes/marvel-cinematic-universe/guardians-of-the-galaxys-zoe-saldana-jokes-that-marvel-security-is-a-cult

“It felt good to breathe; to fully take a breath; to challenge myself and find out that my body was capable of doing so much more”
Our January cover ... Show more

‘I realised early on in my career that I don’t have to be seen by everybody. I just want to be seen by those who truly see who I am ... Show more

'Avatar 2' stars Zoe Saldaña (Neytiri) and Sam Worthington (Jake) have hilarious reactions to finding out how many movies they've been in ... Show more

"Through the Metkayina tribe and their world, we're going to immerse ourselves in something we have never seen before ... Show more

We Got This Covered Jan 01
A Weepy Zoe Saldana Romcom Has Upstaged ‘Dahmer’ on the Netflix Charts: Saldana's new series has put a stop to the true crime stranglehold on Netflix.
wegotthiscovered.com/tv/a-weepy-zoe-saldana-romcom-has-upstaged-dahmer-and-the-watcher-on-the-netflix-charts/

Zoe Saldaña and Sam Worthington have hilarious responses to finding out how many movies they’ve been in since James Cameron’s “Avatar” hit theaters in 2009 ... Show more

CBR Dec 15 22
Gamora and Star-Lord Reunite in New Guardians of the Galaxy Vol. 3 Photo: Star-Lord (Chris Pratt) and Gamora (Zoe Saldaña) are back together in a new image from ...
cbr.com/gamora-star-lord-reunite-guardians-of-the-galaxy-vol-3/

Reuters
A+
Dec 14 22
From @reuterspictures : Sigourney Weaver, Zoe Saldana and Sam Worthington attended the premiere of the sequel to 2009 blockbuster 'Avatar' in Los Angeles
1:00
1 similar article
68 5

CityAM
C
Dec 16 22
Avatar: The Way of Water is a dull sequel to the most forgettable success story in cinema history
cityam.com/avatar-the-way-of-water-is-a-dull-sequel-to-the-most-forgettable-success-story-in-cinema-history/

"It was the toughest thing I've ever had to do."

IndieWire Dec 01 22
Zoe Saldaña Felt 'Stuck' in MCU Franchise: "I felt artistically stuck in my craft of not being able to expand or grow or challenge myself ...
indiewire.com/2022/12/zoe-saldana-stuck-in-mcu-franchise-1234787020/

CBR Nov 30 22
How to Time Your Avatar 2 Bathroom Break According to James Cameron: Avatar: The Way of Water director James Cameron advises moviegoers on when to take a comfort ...
cbr.com/how-to-time-avatar-2-bathroom-break-james-cameron/

MovieWeb
C-
Dec 10 22
Zoe Saldaña Highlights Aspects in Common Between Avatar: The Way Of Water's Neytiri and Guardians Of The Galaxy's Gamora
movieweb.com/zoe-saldana-avatar-neytiri-guardians-of-the-galaxys-gamora/

The Straits Times
B
Dec 14 22
At The Movies: Avatar: The Way Of Water brings back epic cinema: The visual storytelling in this sequel to the 2009 hit is beautiful and coherent ...
straitstimes.com/life/entertainment/at-the-movies-avatar-the-way-of-water-brings-back-epic-cinema

InStyle
C-
Dec 24 22
The Shine Issue: Cover star Zoe Saldaña returns to 'Avatar' and reflects on a storied career. We dispel the myth that wearing sequins has to be ...
instyle.com/winter-2022-the-shine-issue-6890732

Showbiz Cheat Sheet Dec 09 22
Zoe Saldaña Once Found It Scary When She Started Being Compared to Angelina Jolie
cheatsheet.com/entertainment/zoe-saldana-found-scary-started-compared-angelina-jolie.html/

MovieWeb
C-
Nov 21 22
Zoe Saldana Says Avatar: The Way of Water Will be Just as Groundbreaking as the First Movie
movieweb.com/zoe-saldana-says-avatar-the-way-of-water-groundbreaking-first-movie/

Vogue (magazine)
C
Dec 08 22
How Zoe Saldana Got Perfect Waves for the London Premiere of 'Avatar: The Way of Water'
vogue.com/article/zoe-saldana-avatar-way-of-water-premiere-beauty-hair

Essence
C
Dec 15 22
Zoe Saldaña Hopes To Never Take The Opportunities ‘Avatar’ Has Created For Her For Granted
essence.com/entertainment/zoe-saldana-opportunities-avatar/

MovieWeb
C-
Nov 24 22
Avatar: The Way of Water on Track to Make Double the Opening Box Office of the First Movie
movieweb.com/avatar-the-way-of-water-on-track-make-double-the-opening-box-office-the-first-movie/

Join #Avatar star Zoe Saldana as she perfects her makeup for a date night with her husband. The actor also explains why a natural look is her go-to ... Show more

IndieWire Dec 08 22
Zoe Saldaña Shades Marvel for Script Secrecy: 'That's Not Cool': "I really enjoy working with filmmakers that don't underestimate my intelligence and know that I ...
indiewire.com/2022/12/zoe-saldana-marvel-script-secrecy-1234789305/