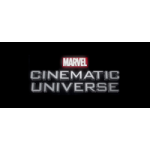 Screen Rant
C-
Feb 03
The list of movie trailers premiering at the Super Bowl has been revealed by Deadline. This list includes many upcoming franchise films, including Fast X ... Show more
1 similar article
682 42

IGN
C-
Jan 31
"There are no similarities between the two roles. I did play Kang the Conqueror second ... I didn't even look at the He Who Remains template regarding ... Show more
1 similar article
3.9k 203

Ryan Reynolds has been spotted arriving at the Racecourse today ahead of Wrexham AFC's huge FA Cup clash with Sheffield United ... Show more

Linktree
C-
Jan 28
Tobey Maguire Reflects on No Way Home, If He’d Return as Spider-Man: Maguire reflected on getting to wear the suit once again, and how he was ...
comingsoon.net/

CBR Feb 03
Eternals’ Salma Hayek Thought Marvel Wanted to Cast Her as a Grandmother: Accustomed to being cast in smaller roles, Salma Hayek was surprised to be offered the ...
cbr.com/marvel-eternals-salma-hayek-grandmother/

Screen Rant
C-
Feb 02
Kang's Scars Could Explain His Origin & Set Up A Major Character: Ant-Man and the Wasp: Quantumania might reveal some important aspects of Kang the ...
screenrant.com/mcu-kang-scars-origin-story-iron-lad-setup/

Variety (magazine)
B
Feb 02
Dave Bautista Will Reject Marvel Paycheck to Return as Drax: Dave Bautista is leaving Marvel after "Guardians of the Galaxy Vol. 3" and not even a big ...
variety.com/2023/film/news/dave-bautista-rejects-marvel-paycheck-return-drax-guardians-1235509679/

CBR Feb 02
Dave Bautista Asks, Is He Too Unattractive to Star in a Rom-Com?: Guardians of the Galaxy's Dave Bautista wants to know if his physical appearance is what ...
cbr.com/dave-bautista-rom-com-unattractive/

Variety (magazine)
B
Feb 02
Marvel's Ant-Man Memoir Is Real and Available to Order Online: The book written by Paul Rudd's Scott Lang in Marvel movie "Ant-Man and the Wasp: ...
variety.com/shop/ant-man-scott-lang-memoir-look-out-for-the-little-guy-how-to-order-online-1235510735/

Fortune (magazine)
B+
Jan 31
Actor Ryan Reynolds bought a Welsh soccer team and it’s low key ruining his life: ‘I’m now so much in love with this sport that I actually hate it’
fortune.com/2023/01/30/ryan-reynolds-fa-cup-soccer-team-wrexham-hate-love/

Variety (magazine)
B
8h
Best Movies Streaming in February 2023: Black Panther 2, Skinamarink: From blockbusters like "Black Panther 2" to indie hits, these are your best ...
variety.com/lists/best-movies-streaming-february-2023/

Screen Rant
C-
Jan 25
Some fans of The Batman are upset after the film received just three Oscar nominations. 🏆🏆🏆 "Insane to not nominate The Batman for best original score ... Show more
0 similar articles
693 222

Entertainment Weekly
B-
Jan 30
Dave Bautista no longer feels he can 'bring justice to Bane' as James Gunn reboots DC 'from scratch'
ew.com/movies/dave-bautista-bane-james-gunn/

Screen Rant
C-
Jan 30
The Avengers' Final MCU Movie May Be Coming Sooner Than You Think: Avengers: Secret Wars will bring an end to the Marvel Cinematic Universe's ongoing ...
screenrant.com/secret-wars-final-mcu-avengers-movie-possibility/

CBR Jan 28
Eternals Was, Surprisingly, Marvel's Most Popular Disney+ Movie in 2022: An unexpected title surprisingly emerges as the number one most-viewed Marvel ...
cbr.com/eternals-marvel-most-popular-disney-plus-movie-2022/

BuzzFeed
C-
Jan 24
Angela Bassett Is The First Actor To Receive An Oscar Nomination For A Marvel Film
buzzfeednews.com/article/anthonyrobledo/angela-bassett-oscar-nomination-reaction-black-panther

CBR Jan 28
Thunderbolts Will Serve as Black Widow's Official Sequel: A Marvel Studios executive reveals that Thunderbolts will act as a sequel to the Black Widow solo ...
cbr.com/marvel-thunderbolts-black-widow-sequel/

Screen Rant
C-
Jan 30
Kang Is A Prisoner In The Quantum Realm - MCU Theory Explained: Kang the Conqueror is one of the most powerful villains in the MCU, so why does it appear as ...
screenrant.com/kang-quantum-realm-prisoner-mcu-theory/

Screen Rant
C-
Feb 02
All 6 MCU Movies Set Up By Eternals: Although Eternals doesn't give many nods at other MCU titles, Chloé Zhao's movie does set up several movies and TV ...
screenrant.com/eternals-movie-marvel-mcu-spinoffs-setup-future/

/Film
C-
7h
The Secrets Behind Dave Bautista's Transformation Into Drax: It takes an entire team of artists to turn Dave Bautista into Drax the Destroyer.
slashfilm.com/1188231/the-secrets-behind-dave-bautistas-transformation-into-drax/

Screen Rant
C-
Jan 31
James Gunn Explains Why His DC Universe Will Finally Succeed: James Gunn offers a great explanation for why his attempt at building the DCU will be successful ...
screenrant.com/dc-universe-success-james-gunn-explained/

30 of the best-dressed couples in history: https://ed.gr/do5z3

Screen Rant
C-
Jan 24
The Batman Fans Are Arguing The Movie’s 3 Oscar Noms Aren’t Enough: Fans of The Batman are up in arms after the blockbuster 2022 DCU movie received just three ...
screenrant.com/the-batman-oscar-nominations-fan-reactions/

Fortune (magazine)
B+
Jan 22
Ryan Reynolds-owned Mint Mobile eyed for acquisition by T-Mobile: The actor starred in Mint Mobile’s TV ads and pushed the company heavily to his 21 million ...
fortune.com/2023/01/12/ryan-reynolds-mint-mobile-t-mobile-acquisition-talks/

Collider
C-
Jan 27
Fantastic Four Release Date Revealed at SDCC: At San Diego Comic-Con, Marvel revealed that they have plans to reboot the fan-favorite family of the Fantastic ...
collider.com/fantastic-four-release-date-marvel-mcu/

Screen Rant
C-
Jan 19
Speaking with Empire in light of Guardians of the Galaxy Vol. 3's nearing release, Gunn opened up about the upcoming end of an era for him and the beloved ... Show more
7 similar articles
761 105

ScreenCrush
C-
Jan 24
Why the MCU Needs a Street-Level Superhero Team: There’s something missing from the MCU.
screencrush.com/mcu-street-level-team/

Screen Rant
C-
Jan 21
Hugh Jackman was recently questioned about the prospect of Taron Egerton succeeding him as the next Wolverine after Deadpool 3 ... Show more
6 similar articles
510 64

MovieWeb
C-
Jan 29
Michael B. Jordan on His Cameo Secret in Black Panther: Wakanda Forever : "being able to keep it under wraps was really a tough thing." says Jordan
movieweb.com/michael-b-jordan-wakanda-forever-cameo/

CBR Feb 02
RUMOR: Marvel Is Eyeing Dev Patel for Its Fantastic Four Reboot: A new rumor suggests that actor Dev Patel is currently in the running with Marvel for a major ...
cbr.com/fantastic-four-dev-patel-fantastic-four-reed-richards-casting-rumor/

Harper's Bazaar Australia Feb 01
What to Stream in February: Season 4 of 'You' And More: From Australian productions like 'Bad Behaviour' to a luxe Manhattan thriller ...
harpersbazaar.com.au/february-2023-releases-on-streaming-services-australia/ 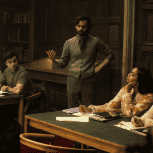 Collider
C-
Jan 24
MCU’s Phase 4 Made for Iffy Movies but Brilliant TV: The movies might have been iffy, but the MCU's Phase 4 TV series were a brilliant format that provided ...
collider.com/mcu-phase-4-tv-shows/

Ryan Reynolds has given a Welsh under-12s football team £1,600 so they can buy a new kit. He left a message saying "Enjoy the new uniforms!" Kayleigh Barton ... Show more

Screen Rant
C-
Jan 25
MCU Theory Reveals Kang Is A Survivor Of The FIRST Multiverse War: The MCU's Kang the Conqueror may be a survivor of the original multiverse war ...
screenrant.com/kang-multiverse-war-survivor-theory/

Screen Rant
C-
Jan 29
Every Non-Marvel Studios Movie Confirmed As Part Of The MCU Multiverse: The MCU multiverse has allowed Marvel movies not made by Marvel Studios to join the ...
screenrant.com/marvel-movies-mcu-multiverse-confirmed/

Collider
C-
Feb 03
James Gunn reveals what he was looking for when he cast Will Poulter as Adam Warlock in Guardians of the Galaxy Vol 3.