Posted in Ontario Nov 29
CBC
Subscribe
Ontario pharmacists will soon prescribe some medications. But it's not clear who will pay for it
cbc.ca/news/canada/toronto/pharmacists-ontario-prescribing-powers-questions-1.6664003

Posted in Canada Nov 25
Global News
B+
Subscribe
‘Before the flood’: The growing urgency of adapting to the climate crisis: Fire seasons are longer. Storms are stronger and more frequent. Floods are ...
globalnews.ca/news/9303611/climate-crisis-flood-adaptation-canada/

Posted in Ontario Nov 20
The Globe and Mail
A-
Subscribe
Environment Canada warns of continuing snow, reduced visibility for parts of Ontario
theglobeandmail.com/canada/article-environment-canada-warns-of-continuing-snow-reduced-visibility-for/

Posted in Canada Nov 24
The Globe and Mail
A-
Subscribe
Student, parents among four who died in highway crash in Peterborough, Ont., school officials say
theglobeandmail.com/canada/article-student-parents-among-four-who-died-in-highway-crash-in-peterborough/

Posted in Politics of Canada Nov 25
The Globe and Mail
A-
Subscribe
‘Pierre Poilievre’s approach to illicit drugs would put Canada … back by decades – and kill thousands along the way.’ Conservative drug policy ...
theglobeandmail.com/opinion/letters/article-pierre-poilievres-approach-to-illicit-drugs-would-put-canada-back-by/

Posted in Canada Nov 25
The Globe and Mail
A-
Subscribe
Corporate Citizen of the Year: University Pension Plan’s Barbara Zvan is at the vanguard of climate action
theglobeandmail.com/business/rob-magazine/article-university-pension-plan-barbara-zvan-climate-action/

Posted in Ottawa 23h
Ottawa Citizen
B
Subscribe
'One-sided': Even the goalies drop their gloves as 67's stand ground in romp over Petes
ottawasun.com/sports/hockey/even-the-goalies-drop-their-gloves-as-67s-stand-ground-in-win-over-petes

Posted in Canada Nov 11
The Globe and Mail
A-
Subscribe
Remembrance Day reminds of us of our obligation to do the hard work of democracy: Wearing a poppy and commemorating our fallen has to be more than just a single ...
theglobeandmail.com/opinion/article-remembrance-day-reminds-of-us-of-our-obligation-to-do-the-hard-work-of/

Posted in International News Nov 04
The Globe and Mail
A-
Subscribe
‘I am fed up with politicians criticizing the Ontario government’s use of the notwithstanding clause as an affront to the Charter.’ The right to strike ...
theglobeandmail.com/opinion/letters/article-i-am-fed-up-with-politicians-criticizing-the-ontario-governments-use/ 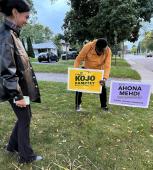 Posted in Canada Oct 10
CBC
Subscribe
Reflect on cost of food this Thanksgiving, local farmers urge: As loved ones gather around the table for Thanksgiving dinner this weekend, local farmers want ...
cbc.ca/news/canada/ottawa/local-farmers-urge-reflection-1.6609277

Posted in Canada Sep 29
Toronto Sun
D+
Subscribe
Damages from spring storms in Ontario, Quebec now top $1 billion: Referred to as a derecho, the storm began around Sarnia and travelled through to Quebec City ...
torontosun.com/news/provincial/damages-from-spring-storms-in-ontario-quebec-now-top-1-billion

Posted in Ontario Sep 29
The Globe and Mail
A-
Subscribe
Damages from spring derecho in Ontario, Quebec now top $1-billion : The line of heavy wind storms that hit Ontario and Quebec on May 21 was the first time a ...
theglobeandmail.com/canada/article-damages-from-spring-derecho-in-ontario-quebec-now-top-1-billion-2/

Chairboys exit the Papa Johns Trophy after a 1-1 draw with Peterborough, claiming a bonus point from a penalty shootout triumph.

Game three in the Papa Johns Trophy: Peterborough at Adams Park once more, with a place in the next round up for grabs!

This week's Ringing The Blues recaps the win over Peterborough, delves into a prophetic tweet from fan Miriam Payne, and catches up with the Beast!

Posted in United Kingdom Sep 24
Peterborough Telegraph
C
Subscribe
Opinion: Our nation at its best, saying goodbye to Elizabeth the Great: It was an extraordinary day. The funeral of Her late Majesty The Queen not only stopped ...
peterboroughtoday.co.uk/news/opinion/columnists/opinion-our-nation-at-its-best-saying-goodbye-to-elizabeth-the-great-3853682 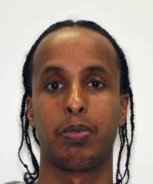 The Princess of Wales died from injuries sustained in a car crash in the early hours of August 31, 1997 - making today the 25th anniversary of her death ... Show more

Posted in Canada Sep 07
Toronto Sun
D+
Subscribe
Man charged with murder in shooting that left one dead, another wounded: A Peterborough man faces a murder charge following a shooting outside a Toronto social ...
torontosun.com/news/local-news/man-charged-with-murder-in-shooting-that-left-one-dead-another-wounded

Posted in Canada Aug 18
CBC
Subscribe
Peterborough mayor defends her use of the f-word in response to weekend protest | CBC Radio
cbc.ca/radio/asithappens/as-it-happens-wednesday-edition-1.6553693/peterborough-mayor-defends-her-use-of-the-f-word-in-response-to-weekend-protest-1.6553815

Posted in Central Ontario Aug 30
The Globe and Mail
A-
Subscribe
Backcountry bliss an escape from the 24-hour news cycle: The hardest part of a day in the woods is finding a suitable tree on which to hang the food pack so that ...
theglobeandmail.com/life/first-person/article-backcountry-bliss-an-escape-from-the-24-hour-news-cycle/

Posted in Canada Aug 19
CBC
Subscribe
Peterborough Mayor Diane Therrien stands by her tweet calling protesters 'f--kwads' after a confrontation outside the city's police station on the weekend ... Show more

Posted in Canada Aug 05
Global News
B+
Subscribe
Nearly all Florida sea turtles born female in past 4 years due to rising temperatures
globalnews.ca/news/9039595/sea-turtle-female-rising-temperatures-florida/

Posted in Canada Aug 07
National Post
B+
Subscribe
Torontonian at centre of racial incident in soccer speaks out: ‘I just started throwing up’
torontosun.com/sports/soccer/torontonian-at-centre-of-racial-incident-in-soccer-speaks-out-i-just-started-throwing-up

Posted in Canada Jul 21
The Globe and Mail
A-
Subscribe
For two fans of flying, a home with a runway: Love was in the air when Leslie Bradford met bush pilot Peter Scott 12 years ago
theglobeandmail.com/real-estate/article-for-two-fans-of-flying-a-home-with-a-runway/

Posted in Central Ontario Jun 30
The Globe and Mail
A-
Subscribe
Everyone has a sentimental drive where you know every turn. Mine is ‘The Lost Highway’
theglobeandmail.com/drive/mobility/article-everyone-has-a-sentimental-drive-where-you-know-every-turn-mine-is-the/

Posted in Ontario Jun 10
The Star (Malaysia)
D+
Subscribe
Toronto-area hospitals will keep mask mandates for the foreseeable future: Masks will be continue to be required for staff and patients at the 17 GTA hospitals ...
thestar.com/news/gta/2022/06/09/toronto-area-hospitals-will-keep-mask-mandates-for-the-foreseeable-future.html

💬 Evatt on a Peterborough side capable of hurting teams with their firepower. 🎯

🏡 Looking to build on strong home form against the Posh. 💪

Posted in Derby County F.C. Aug 25
Linktree
C-
Subscribe
Looking to keep our home run going on Saturday, when promotion-hopefuls Peterborough come to town 🐏🏠 Get right behind us at Pride Park ... Show more
1 similar article
0 4 Derby County F.C. Peterborough, Ontario
Sort by
FILTER
Filter by
Recommended for you
NewsWall Log in
or
NewsWall Sign Up