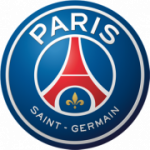 PSG confirm that Kylian Mbappe will be out an estimated three weeks.

He will miss PSG's UCL match against Bayern Munich 😮

BBC News
A
Feb 01
He flew to Paris for nothing! 😳Hakim Ziyech's loan move to PSG has been blocked ❌ PSG say Chelsea didn't submit paperwork on time 😬
37 similar articles
3.2k 232

The way Lionel Messi talks about lifting the World Cup 🥺

Lionel Messi's account was blocked after the World Cup final 😅

Goal.com Deutschland
C-
1h
Sergio Ramos: I am glad the Lionel Messi 'suffering' is over!: After playing against Leo Messi for 15 years, the PSG defender has asserted that the ...
goal.com/en-gb/news/sergio-ramos-glad-the-lionel-messi-suffering-is-over/blt9e1c28866e370ae1

The 30-year-old has led the relegation-threatened Ligue 1 club back into a secure mid-table position, and at the weekend they picked up a point against PSG ... Show more

Lionel Messi's message to his younger self 💙

Sergio Ramos has all the love for Keylor Navas 🥹

Shock for PSG! The superstar will be out for around three weeks with a hamstring injury - and is therefore not available in the Champions League game ... Show more

EN.PSG.FR Jan 21
🏆 @AchrafHakimi , here alongside his mother, was voted best Arab sportsman of the year during the Joy Awards ceremony! 👏
12.2k 108

PSG went on a field trip 😅

Messi was a constant threat vs. Montpellier. He had 9 shots, scoring one, and was heavily involved throughout. Let’s take a look at La Pulga’s stunning ... Show more

By signing Cancelo, Bayern break the billion mark in squad value for the first time in club history! 🤩

Only one team is ahead of the record champion 👉 ... Show more

Constant threat down the right flank, strong in one v ones, cheeky skills

Goal.com Deutschland
C-
Feb 02
PSG boss Galtier reacts to Ziyech's failed transfer from Chelsea: 'The responsibility does not lie with our club'
goal.com/en-gb/news/psg-galtier-ziyech-failed-transfer-chelsea-responsibility/blta78460cc933956e6

Goal.com Deutschland
C-
Feb 01
Explained: Why Hakim Ziyech's loan from Chelsea to PSG might be off despite verbal agreement
goal.com/en/news/psg-agreement-hakim-ziyech-loan-chelsea-forced-out-blues-spending-spree/blt238754c10a5ce0cb

Best moments from January's matches as if you were there live. Stunning views! 😍

The calendar of the month of February! 🗓️

The player names on the Parisian's jerseys have been printed in Mandarin to celebrate 𝐂𝐡𝐢𝐧𝐞𝐬𝐞 𝐍𝐞𝐰 𝐲𝐞𝐚𝐫! 👕🇨🇳

Best moments from our day out in Qatar last month 😍

BBC News
A
Jan 31
A good signing for PSG? 🤝
531 37
Recommended for you
NewsWall Log in
or
NewsWall Sign Up