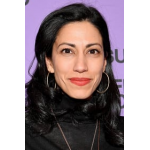 The Wall Street Journal
B
Oct 04 22
Huma Abedin Sets the Record Straight: On the eve of the paperback release of her bestselling memoir, ‘Both/And,’ Abedin discusses campaigning with Hillary ...
wsj.com/articles/huma-abedin-interview-bestselling-memoir-paperback-hillary-clinton-campaign-anthony-weiner-anna-wintour-11664566074

New York Magazine
C
Aug 29 22
Are Bradley Cooper and Irina Shayk Together Again?: The last we heard of Bradley Cooper’s love life, he was reportedly dating Huma Abedin after mutual friend and ...
thecut.com/2022/08/bradley-cooper-irina-shayk-reunite-vacation-photos.html

Elle (magazine)
C-
Jul 21 22
Bradley Cooper in a relationship with Huma Abedin: “He is fascinated by her”: For several months, Bradley Cooper would have found love in the arms of Huma Abedin ...
elle.fr/People/La-vie-des-people/News/Bradley-Cooper-en-couple-avec-Huma-Abedin-Il-est-fascine-par-elle-4037231

Insider (news website)
B-
May 25 22
Conway: Don Jr. 'twirled' her in the air after Clinton called to concede in 2016: "We could overhear his father graciously complimenting his Democratic opponent ...
businessinsider.com/donald-trump-jr-twirled-kellyanne-conway-2020-election-clinton-call-2022-5

Huma Abedin: "If women were in charge, the world will certainly be a more a more peaceful place." #3050AbuDhabi #Forbes3050

Huma Abedin spoke at Forbes' 30/50 Summit saying, "I choose to be defiantly optimistic." She went on to say, "If women were in charge ...

“It was constantly shapeshifting, responding to people’s comments, but nothing was ever right.” Huma Abedin on the challenges she and Hillary faced in ...

The Guardian
C+
Nov 27 21
Both/And by Huma Abedin review – an innocent at the heart of power: Hillary Clinton’s right-hand woman details the shock and humiliation of the scandal that sank ...
theguardian.com/books/2021/nov/27/bothand-by-huma-abedin-review-an-innocent-at-the-heart-of-power

BBC News
A
Nov 11 21
Clinton aide on laptop that may have lost the election: The FBI reinvestigated Hillary Clinton's emails after seizing a laptop from Huma Abedin's ...
bbc.co.uk/news/av/world-us-canada-59236320

The Guardian
C+
Nov 22 21
After a lifetime in the background, Huma Abedin steps forward | Podcast: As Hillary Clinton’s most trusted aide, it was her job to stay out of view ...
theguardian.com/news/audio/2021/nov/22/after-a-lifetime-in-the-background-huma-abedin-steps-forward-podcast

Huma Abedin worked with Hillary Clinton for over 25 years, and she tells Stephen how the former Secretary of State treated her with compassion and ...

BBC News
A
Nov 10 21
Clinton aide on laptop that may have lost the election: The FBI reinvestigated Hillary Clinton's emails after seizing a laptop from Huma Abedin's ...
bbc.com/news/av/world-us-canada-59236320

It was an epic week of dancing with David Byrne , bopping with Billy Porter , mingling with Michael C Hall and visits from our friends Andy Cohen , Tony Hale , Annaleigh Ashford ...

The Guardian
C+
Nov 06 21
Huma Abedin on Anthony Weiner: ‘He ripped my heart out and stomped on it over and over again’
theguardian.com/us-news/2021/nov/06/huma-abedin-on-anthony-weiner-he-ripped-my-heart-out-and-stomped-on-it-over-and-over-again

Huma Abedin describes what she went through personally as her former husband’s personal scandal grew into a situation which damaged her boss Hillary ...

TONIGHT: Huma Abedin is here to talk about her new book "BOTH/AND: A Life In Many Worlds,” followed by a chat with David Byrne about his Broadway production of ...

The New York Times
A-
Nov 07 21
Book Review: 'Both/And,' by Huma Abedin: “Both/And” may not be the most introspective memoir, but it gives readers a front-row view of heartache and humiliation.
nytimes.com/2021/11/01/books/review/both-and-huma-abedin.html

USA Today
B
Nov 01 21
'Nothing to hide': Huma Abedin talks about life with Anthony Weiner and Hillary Clinton
usatoday.com/story/news/politics/2021/10/31/human-abedin-life-hillary-clinton-anthony-weiner-exclusive/5842283001/

BBC News
A
Oct 27 21
Huma Abedin: Clinton aide details sex assault by US senator: In a new book, Huma Abedin says she was assaulted after a senator invited her into his home.
bbc.com/news/world-us-canada-59059289

The New York Times
A-
Nov 07 21
Book Review: 'Both/And,' by Huma Abedin: “Both/And” may not be the most introspective memoir, but it gives readers a front-row view of heartache and humiliation.
nytimes.com/2021/11/01/books/review/both-and-huma-abedin.html

The Guardian
C+
Nov 07 21
Both/And review: Huma Abedin on Clinton, Weiner and a political life: The close aide to Hillary Clinton has written a tale spliced with pain but blind to her ...
theguardian.com/books/2021/nov/07/bothand-review-huma-abedin-hillary-clinton-anthony-weiner

The New York Times
A-
Nov 01 21
Book Review: 'Both/And,' by Huma Abedin: “Both/And” may not be the most introspective memoir, but it gives readers a front-row view of heartache and humiliation.
nytimes.com/2021/11/01/books/review/both-and-huma-abedin.html

Insider (news website)
B-
Nov 04 21
Huma Abedin: Democrats should pass spending bills, get party 'energized': "We didn't show out numbers that we needed to," Abedin said of Tuesday's elections ...
businessinsider.com/huma-abedin-democrats-should-pass-spending-bills-get-party-energized-2021-11

Longtime Hillary Clinton aide Huma Abedin tells #TheView why she chose not to name a senator who she claims invited her up to his apartment for coffee and then ...

Vogue (magazine)
C
Oct 18 21
Huma Abedin on the Moment Her Private Life Went Public: “And then, just like that, life as I knew it was officially over.”
vogue.com/article/huma-abedin-memoir-excerpt

Entertainment Weekly
B-
Nov 02 21
The must-read books of November 2021: Our picks for the best November book releases include new works from Gary Shteyngart, Emily Ratajkowski ...
ew.com/books/best-new-books-november-2021/ 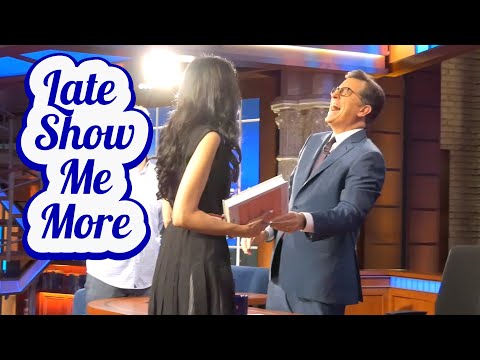 The New York Times
A-
Sep 19 21
6 New Books on the Pandemic, #MeToo and Other Timely Topics: “The 1619 Project” expands its Pulitzer Prize-winning argument about our nation’s origins ...
nytimes.com/2021/09/16/books/new-books-pandemic-metoo-current-affairs.html

Twitter
C-
Sep 16 21
Huma Abedin Honored the Women of Afghanistan on Her Met Dress: She wore a "memorial blue" ribbon from the 9/11 Museum in New York and a U.S ...
vogue.com/article/met-gala-2021-huma-abedin-honors-911-afghanistan