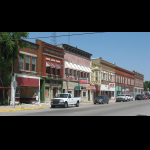 “It turns out women enjoy having human rights, and we vote.”

Associated Press
A
Nov 10 22
"And guess what? It turns out that women enjoy having human rights and we vote." Hillary Clinton, co-founder of Vital Voices ... Show more
0:40
1 similar article
327 36

Salon.com
E-
Jun 18 22
Hillary Clinton thinks we're about to lose our democracy: Hillary Clinton weighs in on the current political climate, and what Margaret Atwood got right
salon.com/2022/06/18/hillary-clinton-thinks-were-about-to-lose-our-democracy/

Newsweek
C+
9h
Donald Trump's Support Among Republicans Falls to Lowest Point Ever: A new survey of GOP primary voters shows a majority would like a different presidential ...
newsweek.com/donald-trump-support-republican-voters-lowest-poll-1778194

The Hill (newspaper)
B
13h
House passes bill to end COVID-19 national emergency: The Republican-controlled House on Wednesday passed a bill that would immediately end the COVID-19 national ...
thehill.com/homenews/house/3839808-house-gop-passes-bill-to-end-covid-19-national-emergency/

The Washington Post
B
19h
House GOP moves to oust Ilhan Omar from Foreign Affairs Committee : Republican leaders have worked for weeks to ensure that there were enough votes to pass a ...
washingtonpost.com/politics/2023/02/01/house-gop-moves-oust-ilhan-omar-foreign-affairs-committee/

The National (Scotland)
B-
15h
Why on earth does anyone continue to vote Conservative in Scotland?: I AM at a loss as to why
thenational.scot/politics/23292987.earth-anyone-continue-vote-conservative-scotland/

Neue Zürcher Zeitung
B+
23h
School without racism: well meant is not well done: A lot is justified in the fight against racism. But letting first graders vote on whether they want to be ...
nzz.ch/feuilleton/schule-ohne-rassismus-gut-gemeint-ist-nicht-gut-gemacht-ld.1723971

The Seattle Times
A-
20h
Soundgarden gets second chance at Rock & Roll Hall of Fame: Soundgarden's fate is in the hands of the thousand or so artists, historians and industry folks who ...
seattletimes.com/entertainment/music/soundgarden-gets-second-chance-at-rock-roll-hall-of-fame/

The National (Scotland)
B-
16h
Alba bid to let Scotland hold new indyref every seven years: SCOTLAND would have the power to hold a fresh independence referendum every seven years – if the ...
thenational.scot/news/23292783.alba-bid-let-scotland-hold-new-indyref-every-seven-years/

The Guardian
C+
Feb 01
Only 10,000 people in Great Britain have applied for government-issued voter ID: Exclusive: number is just 0.5% of those who could need the document under new ...
theguardian.com/politics/2023/jan/31/only-10000-people-in-uk-have-applied-for-government-issued-voter-id

The Hill (newspaper)
B
21h
House Dems eye discharge petition as escape hatch on debt ceiling : As the debt ceiling fight heats up on Capitol Hill, House Democrats are eyeing an end-around ...
thehill.com/homenews/house/3838435-house-dems-eye-discharge-petition-as-escape-hatch-on-debt-ceiling/

The Washington Post
B
Jan 31
The historic support for George Santos’s resignation: Nearly 8 in 10 want him out (including 7 in 10 Republicans). About the only politician who exceeded that ...
washingtonpost.com/politics/2023/01/31/polls-george-santos-resignation/

Anti-corruption investigators have identified up to 90 individuals who had allegedly received cash handouts in Terengganu for ... Show more

The Hill (newspaper)
B
Jan 31
House passes bill to block HHS from enforcing vaccine mandate at some health facilities
thehill.com/policy/healthcare/3838199-house-passes-bill-to-block-hhs-from-enforcing-vaccine-mandate-at-some-health-facilities/

He said like the Biblical Peter, Mr Obi would deny and fail to fulfil his promises to the people. https://bit.ly/3HOFXRq

Deadspin
D
Feb 01
I get picking a young star, but Jazz Chisholm only played in 60 games last year: The Miami Marlins 2B/CF was selected to grace the cover of the upcoming 'MLB: ...
deadspin.com/mlb-the-show-jazz-chisholm-miami-marlins-video-games-1850055214

Focus (Polish magazine)
D+
Jan 31
When Lucas Cordalis was eliminated, even the production team cheered: Lucas Cordalis did not exactly advance in the jungle camp to the audience favorite ...
focus.de/kultur/kino_tv/dschungelcamp/lucas-cordalis-als-er-ausschied-jubelte-das-produktionsteam_id_184548593.html

The Scottish Parliament has been crowned the world’s ugliest and most despised building in a new poll.

Seven years ago everywhere in Wales except Cardiff, Vale of Glamorgan, Monmouthshire, Ceredigion and Gwynedd voted for Brexit and three years ago to the day ... Show more

The Spectator
D
Jan 31
Three years on, is Brexit worth celebrating?: Today, if you feel so inclined to celebrate it, is Brexit Day: the date on which, three years ago ...
spectator.co.uk/article/three-years-on-is-brexit-worth-celebrating/

Daily Nation
C-
Feb 01
Oyugis court nullifies election of West Kasipul MCA Vickins Bondo: He said the discrepancies though appear to be small can cause a huge impact in closely ...
nation.africa/kenya/counties/homa-bay/oyugis-court-nullifies-election-of-west-kasipul-mca-vickins-bondo-4107582

Sky News
B-
Jan 31
Eurovision: When is the song contest, who's hosting and when can I get tickets?
news.sky.com/story/eurovision-when-is-the-song-contest-whos-hosting-and-when-can-i-get-tickets-12788050

BBC News
A
Jan 30
Firefighters vote to strike over pay: The Fire Brigades Union says it will not call for any walkouts until after they meet employers on 8 February.
bbc.com/news/uk-64457843

The Hill (newspaper)
B
Jan 30
New Marist poll: 62 percent say state of union is not strong: Ahead of President Biden’s State of the Union address next week, a new poll finds that a majority ...
thehill.com/blogs/blog-briefing-room/3836410-new-marist-poll-62-percent-say-state-of-union-is-not-strong/

The Hill (newspaper)
B
Jan 30
What three hard-line conservatives plan to do with their seats on the Rules Committee
thehill.com/homenews/house/3833833-what-three-hard-line-conservatives-plan-to-do-with-their-seats-on-the-rules-committee/

The Independent
C
Jan 30
Firefighters vote for UK-wide strike over pay for first time in 20 years: FBU says it will not call action if a ‘significantly improved offer’ is made before 9 ...
independent.co.uk/news/uk/home-news/firefighters-strike-date-fbu-union-b2272070.html

NPR
B+
Jan 30
Recent infighting raises the question: How conservative is the GOP?: Republican Party divisions over who would lead the House, debates over the debt ceiling and ...
npr.org/2023/01/30/1151996068/republican-party-conservative-ideology-gop-trump

The poll found that most support a wealth tax, especially if the threshold for paying is very high. 73% would be all for a wealth tax of 2% on wealth over ... Show more

The Seattle Times
A-
Jan 30
Are Seattleites good tippers? Most think they are: A new poll found Seattle-area residents overwhelmingly think they are pretty decent tippers ...
seattletimes.com/seattle-news/data/are-seattleites-good-tippers-most-think-they-are/

The Hill (newspaper)
B
Jan 30
Five ways January transformed the political landscape: A new year and a new power structure at the Capitol with a House GOP majority eager to exert its influence ...
thehill.com/homenews/3836142-five-ways-january-transformed-the-political-landscape/

The Hill (newspaper)
B
Jan 29
McCarthy fends off questions about weakened Speakership: Speaker Kevin McCarthy (R-Calif.) on Sunday denied the idea that his leadership has been weakened by the ...
thehill.com/homenews/house/3835240-mccarthy-fends-off-questions-about-weakened-speakership/

huddersfieldexaminer Jan 29
Dancing On Ice no skate-off change prompts fans to complain to ITV: There is no skate-off on Dancing On Ice tonight (Sunday, January 29)
examinerlive.co.uk/news/tv/dancing-ice-no-skate-tonight-26103414

Invasion Day 2023. Illustration by Badiucao.
Read the letters to the editor here: https://tinyurl.com/44cdnuz8

Axios (website)
B+
Jan 29
The murder rates in Trump-voting states from 2020 have exceeded those in Biden-voting states every year since 2000, according to a new analysis by ThirdWay ... Show more
0 similar articles
6 69

Maldives’ President Ibrahim Mohamed Solih has won a contentious presidential primary, but his rival ex-president Mohamed Nasheed has yet to concede and has ... Show more

The Punch
C-
Jan 29
Allow students to vote, close schools, NANS tells FG: The National Association of Nigerian Students has called on the Federal Government to direct the closure of ...
punchng.com/allow-students-to-vote-close-schools-nans-tells-fg/

Adweek
A-
Jan 28
Heinz Puts Super Bowl’s Use of Roman Numerals on Trial: The food producer’s campaign ties in with its iconic number 57 and this being the 57th Big Game.
adweek.com/creativity/heinz-puts-super-bowls-use-of-roman-numerals-on-trial/

The National (Scotland)
B-
Jan 29
Long-term benefit to giving 16-year-olds voting rights, research finds: A CALL has been made for 16-year-olds to be allowed to go to the polls in all UK ...
thenational.scot/news/23283478.long-term-benefit-giving-16-year-olds-voting-rights-research-finds/

The Age
B
Jan 28
Liberal wins seat of Narracan as expected: Liberal candidate Wayne Farnham has comfortably won the Victorian state seat of Narracan in a supplementary election.
theage.com.au/national/victoria/liberal-wins-seat-of-narracan-as-expected-20230128-p5cg65.html

The Hill (newspaper)
B
Jan 28
Gallego: Senate’s 60-vote rule ‘a tool of obstruction’: Rep. Ruben Gallego (D-Ariz.) said in an interview that the 60-vote threshold in the Senate is “a tool of ...
thehill.com/homenews/senate/3827959-gallego-senates-60-vote-rule-a-tool-of-obstruction/

In Tunisia's second round of parliamentary elections, voters are choosing among 262 candidates to fill remaining 131 seats https://aje.io/h3dryz

A complete ban on #TikTok in the US?

A House Panel will vote next month for a possible nationwide ban on the Chinese social media app ... Show more

CNN.com
C-
Jan 29
Union members are poised to reject Disney World contract offer: Jonathan Pulliam has been working at Disney World since 2018, dressing up as everything from ...
cnn.com/2023/01/29/business/disney-union-contract-vote/

The Sydney Morning Herald
B+
Jan 27
Teals to compete to see who can get the most Yes votes for the Voice: Expressing frustration with the Albanese government’s messaging ahead of the referendum ...
smh.com.au/national/teals-to-compete-to-see-who-can-get-the-most-yes-votes-for-the-voice-20230127-p5cfzn.html

devonlive Jan 28
Many drivers still don't know about Highway Code changes : A new poll shows that motorists are still relatively unaware that they should leave at least 1 ...
hulldailymail.co.uk/news/uk-world-news/many-drivers-still-unaware-highway-8084629

According to a recent poll anyway ...